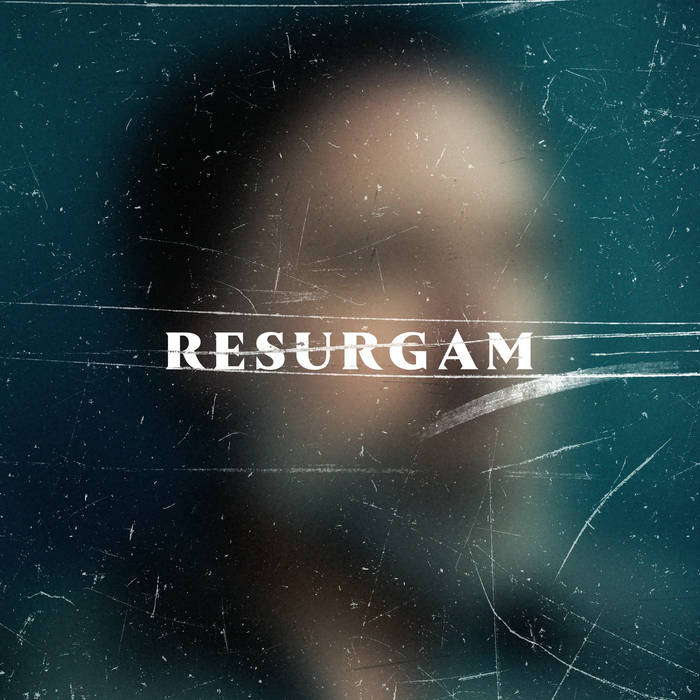 Vinyl Lover Fink has an amazing voice and the soundstage it is presented in is superb. Favorite track: Covering Your Tracks.

Michael Mueller When soul and dub come together to create something special.

I'm new to Fink, but judging by the calibre of this release, I've got some catching up to do. That voice is really quite something.

What I like here more than anything else is the restraint showed with the instrumentation; these songs are given the chance to breathe, which they certainly deserve. Melodic, reflective, incisive and insight. Much to savour.

An excellent album that rewards more and more with each listen. Favorite track: Cracks Appear.

mauchi It should find a way into my collection, remembering a wonderful concert some years ago in Vienna with having an old album signed by the band a short chat with Fin. Always remembering that. AND the way they play THEIR unique music!

Resurgam – meaning “I shall rise again” – is the hotly-anticipated sixth studio album from Fink: UK-born, Berlin-based founding singer-songwriter musician Fin Greenall, alongside long-time bandmates Tim Thornton (drums, guitar) and Guy Whittaker (bass). It continues an acclaimed and distinctly adventurous catalogue, from the sample-splicing debut Fresh Produce (2000), through to the beautifully heady expressions of their last album, Hard Believer (2014). Greenall has also earned global props as a film music composer, songwriting collaborator (including works with John Legend and Amy Winehouse) and solo innovator, with recent side-projects spanning the electronic Horizontalism (2015) to Fink’s Sunday Night Blues Club Vol.1 (2017). Fink have never been afraid to experiment; on Resurgam, they arguably sound more fearless than ever.

"I was fresh off the Blues tour, voice thrashed, nails broken, the sweat from the last encore still on the guitar as I unpacked on the first day," recalls Greenall. "The first week was supposed to be set up and settling in – by the end of day 4 we had already recorded the track 'Resurgam', the first track we nailed, on the first take, whilst essentially warming up..."

Resurgam derives its title from a Latin inscription in a 900-year-old church in Greenall’s native Cornwall. Its vital, insistent spirit pulses through the entire album, which was recorded with ground-breaking producer Flood (PJ Harvey, U2, Foals, Warpaint, The Killers) at his Assault & Battery studios in North London. Its ten new tracks were created over two months, a relatively luxurious stretch of time compared to previous Fink albums, resulting in a collection that is both assertive and richly immersive.

"Flood, present and engaged from the first demo, guided me through the process of doing things differently, from writing, to singing, to even thinking about the music I make," says Greenall. "His combination of 'deadlines are a good thing' versus 'fuck the deadline', and his mantra of 'making records to be bought, not sold' gave us all, in our own individual corner of the studio, the fire and the focus to pull together our firmest, strongest, and most coherent record to date."

On the opening title number, ‘Resurgam’’s lyrics are deliberately stripped-back, but they also pack a powerful punch, along with a deliciously persuasive deep funk flow. There is revelation and redemption; Fink’s positive conviction pervades even the darkest sentiments here. ‘Day 22’ deals with sobriety and temptation, spiked with Greenall’s characteristic observant wit (“the blood, sweat, tears taste so good”). The lead single, ‘Cracks Appear’ delivers a headrush of melody, with warmth and candour. On the exquisitely bittersweet ‘Word To The Wise’, Greenall lingers over the final notes of a love affair, tenderly accompanied on the piano by Douglas Dare. 'Not Everything Was Better In The Past' feels like a personal awakening, merging sharp reflections and poignant moods.

A heavy, resonant bass underpins the production throughout, and a range of new elements are also added to the Fink mix, from Flood’s own vintage analogue synths, to sax (played by guest musician Martin Slattery) layered into the vivid atmospheres and skittering beats of ‘This Isn’t A Mistake’. The rhythm guitar hook of ‘Godhead’ brings out a West African influence, and lends a mesmerising backdrop to Greenall’s rousing vocals.

Fink’s live prowess is legendary in its own right, with the band earning rave reviews around the world, whether they’re performing in intimate mode or arena setting, or even teaming up with a renowned Amsterdam classical ensemble (a concert captured on the live album, Fink Meets The Royal Concertgebouw Orchestra, in 2013). For Resurgam, the core trio will expand to a live line-up with two drummers, and head out on an autumn 2017 tour of more than 60 dates, across 19 European countries, reaching more than 65,000 people.